Torjin is the pairing of Tori Vega and Sinjin Van Cleef (Tor/i and Sin/jin). Tori is often freaked out by Sinjin, but she is still quite nice to him and is his friend, Burf. She's even given him a kiss on the cheek in The Great Ping-Pong Scam. Even though Sinjin's main crush is most likely to be Jade, it also seems that Sinjin has had a minor crush on Tori for quite some time, or he just wants to be better and closer friends with Tori. This ship has a very low fanbase due to its a minority and due to the fact that people ship Tori in other ships.

Tori and Sinjin in Prom Wrecker 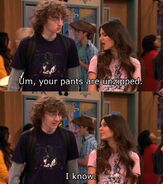 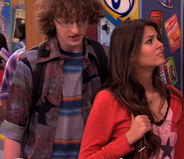 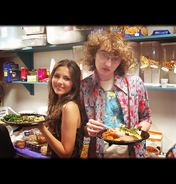 Tori: Mexican is not a flavor! Sinjin: Thank you. 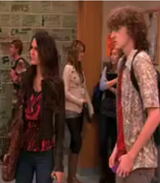