The individual pairings are Torina, Trade, and Jori.

They are sometimes seen together at the Vega house or eating lunch at Hollywood Arts. Jade does not seem to like Trina, who herself seems rather dismissive of Jade's existence, with Tori usually acting as a peacemaker between the two. 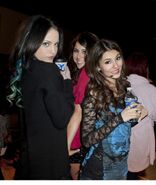 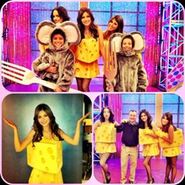