The Slap Fight is the 11th episode of Season 4 of Victorious and the 58th overall.

Tori and the gang are caught up in a competition to see who can get the most followers on TheSlap. When Trina appears to have an outrageous amount of followers, Tori stays up all night trying to get more than her, meanwhile slacking off on her part of a short-film with the gang. Jade and Beck leave the room the next day to get more followers, quickly followed by Cat and Robbie. Although André and Tori appear to be 'too cool' for it, they catch each other secretly trying to get the most followers as well. Cat's tactic is to post 1,000 random thoughts a day, Robbie holds a contest for his followers and gives himself a complete makeover, Beck takes hot pictures of himself and makes a live broadcast of himself washing his car shirtless, Jade threatens and scares people into following her, or as she puts it, 'gently suggesting' that they follow her, André has his grandmother post for him, and Tori takes on a challenge.

After a huge fight breaks out between Beck and André at lunch and Robbie confronts Cat about a false tweet she posted about him, they all turn on Tori. She defends herself, and André questions how Trina got all those followers in the first place.

Sinjin tells them that three months ago Trina told him she'd teach him to jump rope if he changed her followers from 34 to 900, so he did. He tells them he's disgusted how the most popular, lucky kids at Hollywood Arts would get so caught up in seeing who can get the most followers, leaving them feeling ashamed. With 19 hours left to finish their short film, they manage to scrape it together, and it turns out comedic, with horrible acting from everyone. Finally, as Trina teaches Sinjin to jump rope, when he says Trina is his wife, she leaves. [4]

André: (To Robbie) Where are you going?
Robbie: ... For a walk in the sunshine!
Cat: Oh, I'll come with I love sunshine!
Tori: Are you guys just going to go get more followers?
Robbie: No...
Cat: Yes, that's right.

Tori: (To Sinjin) What time is it?
Sinjin: Almost 8.
Tori: That's so weird...
Sinjin: What? That I'm wearing my underwear backwards?
Tori: ....
Sinjin:: (whispers) How could you tell?
Tori: (whispers) I can't...
Sinjin:: Oh.....What's up?
Tori:I was supposed to meet André and Beck, Jade, Cat & Robbie at 7:30 to shoot our short film.
Sinjin: Well, Robbie is in the janitor's closet.
Tori: Why?
Sinjin: Hey! I don't ask people why they're in closets.
André: Look... I can deal with having less followers than Trina. But I will NOT have less followers than Robbie! I can't!

Cat: (Tweeting on TheSlap.com) Tori just said 'Hey' to me.

Tori: You know we are supposed to shooting for our film right now for class.

Tori: Would you put your phone down and talk to me?

Cat: I can't. I'm doing a thousand tweets a day.

Cat: 'Cause, the more you tweet the more followers you get.

Tori: There is no way you can think of a thousand things to tweet everyday.

Cat: (Tweeting on TheSlap.com) "I like birds, and cheese."

Cat: (sitting down at the lunch table) Hiiiiiiii. (pulls out phone and tweets on TheSlap.com) "I just sat down and said, 'Hiiiiiiii.'"

Tori: Cat, if you're just gonna sit there and tweet stupid, pointless tweets then please go sit somewhere else.

Cat: (Tweeting on TheSlap.com) "Tori is being mean to me. #cramps??"

Cat: I know!
André: Then why'd ya tweet that?
Cat: 'Cause! I ran out of real stuff to tweet. And, anyway, people like reading weird stuff about other people.

Sinjin: S, my name is Sinjin and my wife's name is Trina-

Sinjin: 'Cause! You're all great-looking, and talented, and popular! I mean, you guys star in every play at this school! And you sing all the songs, and you do all the talking in class...you guys have it all! And you're really worried about which one of you has the most followers?

Cat: I feel the shame.

André: Man, we make Sinjin sick, and he eats food that other people chew up and spit out.

Tori: Y'know what? I am happier with the five real friends I have at this table than I would be with, 20 million friends on a computer that I don't even really know.

Jade: Wait-how do you get five?

Click Fight here to see the photo gallery for The Slap Fight. 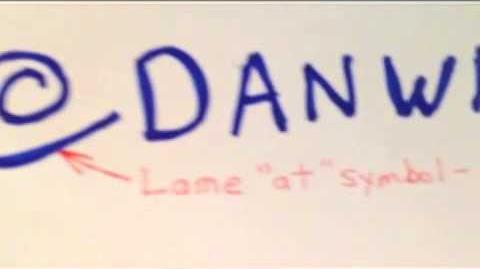 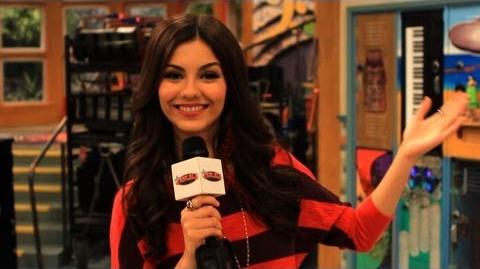 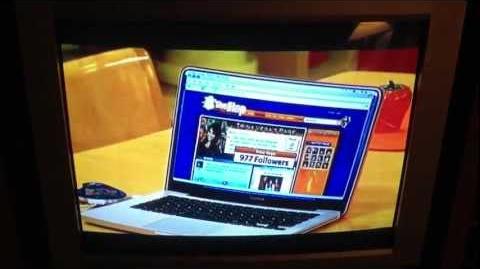