The Funny Nugget Show is a video segment on TheSlap where Cat and Tori stay up late in their pajamas and do random things. Although they wear different pajamas in each video, Cat's are always pink and Tori's are always blue. Most of the stuff they do could be because of the fact that it is late at night, and both girls are tired.

Cat and Tori stay up until 3 A.M. at Tori's house. They attempt to play a slide whistle, and a bizarre-looking Cat tries to prank call Tori with a vintage telephone that looks like an airplane.

The video starts with Tori and Cat on Tori's couch, and they say that they will drink tea like old ladies. Then Cat tells Tori something, Tori thought she said she had to pray, but Cat said she had to pee. Then they return, very close to the camera, then at a "proper distance" from the camera, and they keep saying "proper" in funny accents. It cuts to the kitchen table, and Tori says that she is going to read Cat's mind. She first guesses that she is thinking of a person, and Cat says no, then she asks if it's a place, Cat says that's not it either. Finally, Tori says she's thinking of a thing, and this time, Cat says yes. Tori guesses it's something that

you use, and Cat says you do use it, revealing that it's a toothbrush, and believing that Tori really read her mind. Tori subsequently eats a gummy worm, and then Cat hugs her and they both fall on the floor, and the video ends. 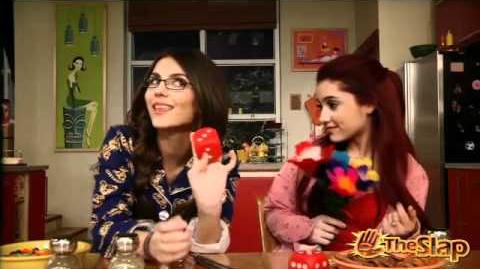 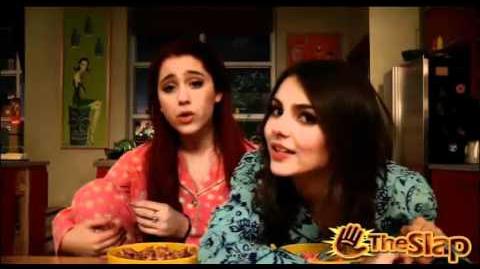