The Bad Roommate is the 9th episode of Season 4 of Victorious and the 56th overall.

When Kojeezy, a famous songwriter, offers to buy a song from any student of Hollywood Arts, Tori and André try to write one. Since André is fed up with living with his grandmother, he calls Tori for help. When a frustrated André moves into the Vega house so he can concentrate on his music, he annoys Tori. The next day, she is sleeping on the stairs, and Jade wakes her up by blowing a whistle in her ear. The best friends quickly realize that they don't make the best roommates. Tori makes André leave, which leads them to constantly argue at school. After Kojeezy shows his dislike for Tori's first song, she claims to have a new one needing lyrics. This song, however, steals the original music to André's song. Eventually, the two best friends stop their argument and work together to finish the song. However, they fail due to Kojeezy declining when the song fails the baby test.

Jade discovers that a satellite picture of Hollywood Arts shows her seemingly picking her nose on PearMaps, so she makes Beck, Cat, and Robbie not tell anyone about it, but due to Cat tweeting everyone to "not look", everyone at Hollywood Arts sees the picture. Sinjin removes the picture, and PearMaps plans on taking another. Jade dresses well for the picture, hoping no one would remember the previous one. Unfortunately, a few seconds before the picture is taken, Robbie, trying to escape from a bee, accidentally trips on his bag and falls on Jade, causing the picture to look like Robbie is kissing Jade, much to her dismay.

Holly Vega: Someone's about to be a very happy girl.
Tori: Is it me? What's happening?!

André: Oh, and uh, about your mother's pot pie, I've had better.
(Tori throws a pillow at him while he closes the door)

Cat: Why does me eating bush peas help?
Jade: Cause it makes you miserable which makes me slightly less miserable.
Cat: Your logic is flawless.

Teacher: (announcing that it's Tori's turn to sing) Next up is...
Tori: Yes!
Teacher: Tori... Vega.
André: Well, I'm going to head on out to the bathroom cause I got a better chance of hearing something good in there. [Tori's jaw drops in offense] Yeah. Pow.

Tori: (crying) I hate that baby!
André: Babies are stupid!

Click here to see the photo gallery for The Bad Roommate. 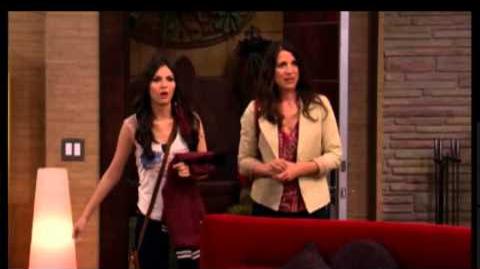 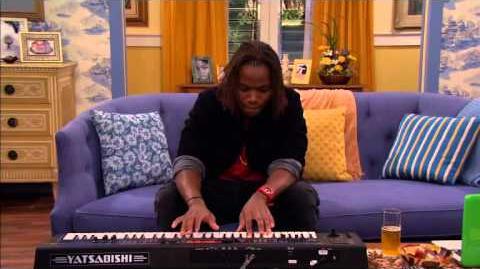 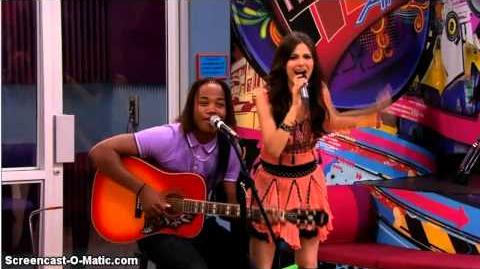 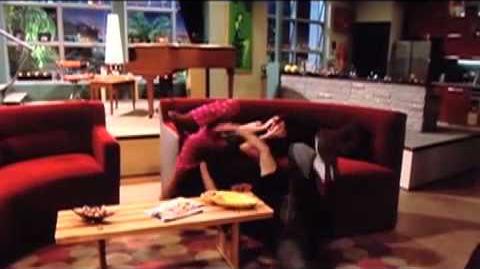