Robbie Sells Rex is the 8th episode of Season 4 of Victorious and the 55th overall.

Francis Thornesmith, a spoiled child of Mason Thornesmith, sets his sights on Rex. He offers Robbie Shapiro $2,000 for Rex. Robbie accepts and gets a new puppet, Goonter, but he is disappointed when it only says nice things to him. Robbie goes crazy without Rex, hearing Rex's voice whenever someone else talks. He is extremely desperate, so he asks Tori for help. She sneaks into Mason's office and tells a girl named Rhoda Hellberg, who's been annoying Erwin Sikowitz, to kiss Francis so that he will forget about Rex. The plan succeeds and Robbie gets Rex back.

Elsewhere, a masked individual is throwing flour at school, and the students try to find out who it is and why he is throwing flour in people's faces. It turns out that the masked flour thrower was a boy named Tom Vineman, who had nothing better to do during his school's semester break and had extra flour leftover because his mom bakes. Everyone acknowledges how poorly-written an ending this is, but walk off for lunch anyway.

Mrs. Hellberg's daughter Rhoda has been bothering and bullying Sikowitz. She threw eggs at him while he was in the shower, then, after she apologized, she kicked him in his pain area & then hit him in his stomach. Sikowitz told her mother that he was going to call the police and get her sent to juvie. The mother begs him not to, but he refuses to listen. Tori then settles an arrangement with the little girl. Tori tells her that if she can distract Francis so Robbie could get Rex back, she would not have to go to juvie. The girl agrees and kisses Francis on the cheek, who forgets all about Rex.

Cat decides, while talking about Robbie selling Rex, that she would make hamburgers but shaped like wieners and put them in hot dog buns and call them Hot-Durgers. She gets flour-bombed by the Flour Bomber while doing this, and says "it's not as fun as it seems."

Robbie: Does it make me a terrible friend?

Rex: Man, I'd sell you for half a sandwich. Even tuna.

Robbie: What do you think of my new pajamas?

Robbie: Can't you say something rude to me?

Jade: I wanna know, who the flour bomber is.

André: Ahh, so you wore that to get his attention.

Jade: Yep, and when he tries to get me, I'm going to get him and wrestle him to the ground.

Jade and Beck: (Stare at André in confusion)

Sikowitz: Have you no manners?

Rhoda: Have you no hair?

Sikowitz: Robbie, are you alright?

Robbie: Yes! (Glaring at Sikowitz in an annoyed way) Why would you even ask that?! 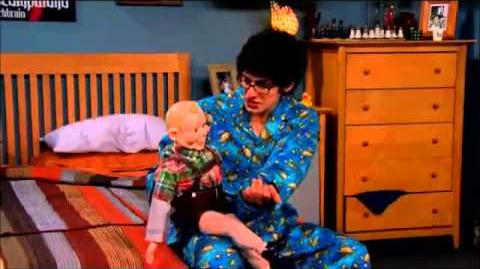 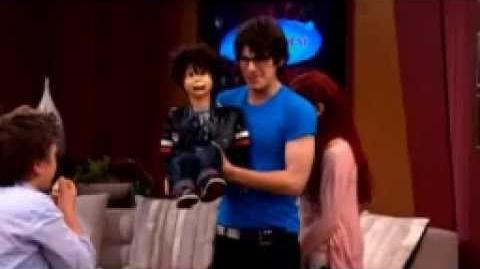