Victorious Wiki
Register
Don't have an account?
Sign In
Advertisement
in: Episodes, Season 4 episodes, Episodes about Tori,
and 4 more

Opposite Date[3] is the third episode of Season 4 of Victorious and the 50th episode overall, confirmed by Dan Schneider on Twitter. Dan also posted a video[4] that is part of the episode. This episode has the highest viewer ratings for this season.

Tori, Beck, André, and Robbie decide to go to a museum together to see a giant bone, but André and Robbie back out. Tori and Beck realize it will just be the two of them but are afraid it will seem like a date, so they decide to make it an "opposite date" by dressing casually and eating bad food. At the lockers, Tori tells Cat about her plans but asks her to keep it a secret. However, when Cat is talking to Jade, she accidentally tells her about it. The next night, Tori and Beck go on their 'opposite date' and get bad seafood from a truck, which was Tori's idea. Jade, impersonating Cat, calls Tori to find out where she and Beck are, but then Jade and Cat are stuck in traffic and can't get to them in time. Afterwards, Tori and Beck take Beck's aunt's dog, Buster, to an animal hospital. The others in the waiting room hear Tori and Beck's conversation about Jade. They start asking him questions about his relationship with Jade and his friendship with Tori but are interrupted when Jade comes in. Beck and Tori quickly try to explain, thinking that she's mad, but Jade explains that she had changed her mind on the way here and is no longer mad. She tells Beck that he can hang out with Tori, or anyone if he wants to. Beck tells her that's cool, and they smile at each other, but Tori feels weird, happy...but weird.

Robbie and André go to extremes to win two of the three PearPad 3s being given away.[5] They accidentally fall over while recording a video for it. Sinjin was filming and could have helped them, but he quickly abandoned them on his bike when he got a call saying that 'they found his mom in Mexico'. They stay stuck on their backs for a long time. Also, Robbie keeps on saying the PearPad 3 has a slightly better screen, aggravating André to the point that André threatens to physically harm Robbie and "rip off your [Robbie's] head."

Robbie: Oh my gosh!
André: What about your gosh?

Robbie: André, wanna do it with me?
André: Uh, no. I got a PearPad.
Robbie: [chuckles] Yeah, a two.
Beck: What's so great about the three?
Robbie: It has a slightly better screen!

Cat: Hi, Jade!
Jade: Hey.
Cat: Do you wanna do something fun with me tomorrow night?
Jade: Sure. What?
Cat: I don't know. I figured you'd pick 'cause you're bossy.
Jade: Don't say I'm bossy!
Cat: Okay! But you are..
Jade: (stares at Cat with a bitter look)
Cat: Little bit.
Jade: Whatever. Yeah, let's hang out tomorrow night.
Cat: Okay but we can't invite Tori to come with us because she's... (gasps, and stomps her foot)
Jade: (narrows eyes suspiciously) What's Tori doing tomorrow night?
Cat: Nothing! I don't know! She told me not to tell you.
Jade: Five!
Cat: Oh, God!
Jade: Four!
Cat: Don't count!
Jade: Three!
Cat: Oh, I love three!
Jade: Two!
Cat: Have you heard about the new PearPads with a slightly better screen?
Jade: One!
Cat: Okay! Okay... Tori and Beck are going out together.
Jade: What?!
Cat: But it's not a date! They're just hanging out as friends.
Jade: Okay. Well, I know what you and I are doing tomorrow night.
Cat: Going to see the big bone?
Jade: No! We're going to find out what Beck and Tori are going and see whether or not they're just friends.
Cat: I thought you said I could pick what we do.
Jade: Now I'm picking.
Cat: Bossy.
Jade: What?
Cat: Nothing!

Jade: (Imitating Cat's laugh)
Cat: I don't laugh like that!
Jade: (Sighs) Puppies wearing sunglasses.
Cat: (laughs exactly how Jade did) Dang it.
Jade: God I hate being stuck in traffic! We're gonna be late and we're gonna miss Beck and Tori!! (honks the car's horn)
Cat: Hoooooooooonk! (making car noises) I honked, just like your car! Oh! Let's think about all the different kinds of honks there are. I like the one that's like, "Meep meep!". You know, like how the bird does it in the cartoon?
Jade: The Road Runner?
Cat: No, I don't like him. He was so mean to that dog.
Jade: That dog is a coyote.
Cat: (gasps) Oh my God. Was that racist?
Jade: (irritated, honks the car's horn again)

Beck: So, tomorrow night, I guess it's just you and me.
Tori: If it's just the two of us, then I guess it's like...
Beck: (motioning to Tori to continue)
Tori A DATE!
Beck: We'll do the opposite of a date.
Tori: An OPPOSITE date!
Beck: It's NOT a date, it's just us hanging out!
Tori: I am NOT looking forward to it!

Cat: So, do you have any plans for tomorrow night?
Tori: No, I do, um, Beck and I are... gonna...
Cat: Oooooooh! (in a flirty manner)
Tori: Stooop! It's not a date!
Cat: Riiiigght! (winks from eye to eye over and over)
Tori: Stop doing that with your eye! We're just hanging out as, you know, friends...
Cat: Oh, so I can tell people you're going out with Beck?
Tori: (sighs and turns back to Cat) We are not going out!
Cat: So you're staying in with him?
Tori: (laughs uneasily)No!--
Cat: I see you girl!
Tori: Just, don't tell anyone!
Cat: 'Kay... I'll keep your dirty secret! (walks away and winks at Tori)
Tori: No, it's not a dirty se-- (interrupted by the bell signaling start/end of class)
Cat: Byeee! (to Tori while running away)
Tori: Oh! It's Cat. (answers the phone) Hello?
Jade: Hiiii! (mimicking Cat's voice)
Tori: Hey Cat, what's up?
Jade: (in her Cat voice) Are you and Beck having fun?
Tori Yeah, but you know. Not too much fun.
Beck and Tori: (smile and laugh)
Jade: (laughing like Cat) So where are you guys right now?
Tori: Uh, we're at some food truck near Melrose and LaBrea.
Jade: (in Cat's voice) Melrose and LaBrea, 'kay.
Tori: Hey, so, what are you up to tonigh-- (interrupted by Jade).
Jade: (in Cat's voice) Bye!!!

Beck: Well, I'd say this is the perfect way to end our opposite date.
Tori: Yep. Waiting for dog ointment.
Beck: Hey, actually... we're going to have an even more perfect ending.
Tori: What do you mean?
Beck: Applying dog ointment to the affected area. (moves his thumb in a circular motion)
Tori: (disgusted tone) Mmmmm. Well, I think this has been a great little experiment!
Beck: Experiment?
Tori: We proved that you and I can hang out, you know, just the two of us and not having it turn into a "dating" thing.
Beck: No doubt! In fact, when I take you home later, I'm going to punch you in the arm! (punches Tori on the arm playfully)

Tori: Owwww! Too hard!
Beck: Aww, you baby!
Tori: You're a baby!
Beck: No I'm not!
Tori: Baby with lots of hair!
Beck and Tori: (Giggling and playing with each other)

Click here to see the photo gallery for Opposite Date. 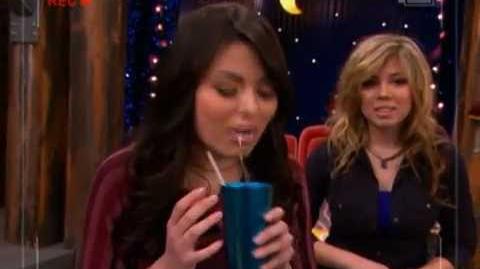 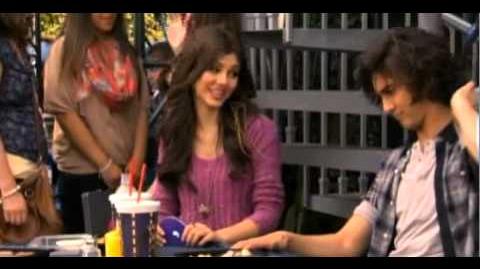 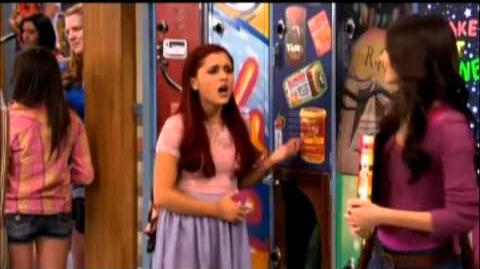 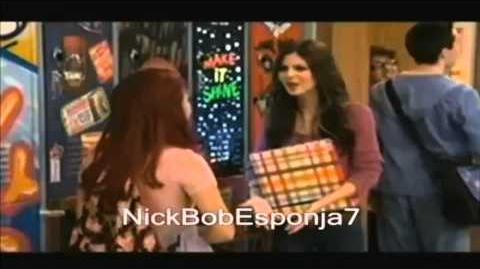