One Thousand Berry Balls is the 7th episode of Season 4 of Victorious and the 54th episode overall. It aired on December 8, 2012, the fifth-lowest amount of viewers for a Victorious episode.

Robbie wants to ask Cat to their school's cowboy luau, the Cow Wow, but Cat feels awkward about it and attempts to run away from him. When talking to an indifferent Jade, Cat says that she doesn't want to go to the Cow Wow with Robbie, but at the same time she really likes him and doesn't want him to go to the dance with a different girl. Robbie eventually corners Cat in the Blackbox Theater and tells her that he is going to the dance with Gabriella, inciting a great deal of jealousy within Cat.

At the Cow Wow, Cat sees Robbie with Gabriella, so she takes Sinjin and dances with him so that Robbie would notice and become jealous. Sinjin then kicks Cat in the head when going for a dance move, knocking Cat out. When she regains consciousness, she asks Robbie, who had come to her aid after she got kicked, to stay with her. After Tori and André's song, Robbie asks Cat if she wants to know a secret and kisses her. Shocked, she runs away from him and rides her bike home.

With Tori strapped for cash, André gets her a job at the yogurt shop that he works at, Yotally Togurt. Tori and André eventually get the task of having to give out 1,000 Berry Balls. However, because of the strange outfit that Tori has to wear, in addition to the Berry Balls looking weird, she has a very hard time giving them out. Eventually, Tori solves this problem by sticking them all in her hat, but the balls start to melt and drip all over her face. She tells the manager that it's a lot of mascara and André carries her out, saying that he's taking her to the "Mascara clinic". The two of them manage to make it to the Cow Wow in time to sing Here's 2 Us.


(Cat is talking to Jade and trying to avoid Robbie when he enters)
Jade: Well, think fast, because here he comes.
Cat: Quick, hide me!
Jade: Where, Cat, in my bra?
Cat: Oh! (looks) No, that'll never work.


Robbie: I just wanted to talk to her, she ran away from me! Why would a girl do that?
(Jade walks away)
Robbie: Yeah, but you walked away.


Robbie: You don't have to keep running away from me. I already asked Gabriella to be my date to the Cow Wow.
Cat: Gabriella?
Robbie: Mmmhmm.
Cat: Well, what'd she say?
Robbie: She said "Si".
Cat: That means yes!
Robbie: I know! I looked it up.
Cat: (giggles) Well, yay! You got yourself a pretty girl to take to the Cow Wow.
Robbie: Yeah. Well, I just wanted to let you know you don't have to run away from me anymore.
Cat: (giggles) Thanks, Robbie.
Robbie: See you in class.
Cat: K.
(Robbie leaves, whistling. Cat takes a chair and hurls it against the wall)
Cat: (angry) Gabriella...!

[After Tori looks through her locker]
André: Looking for something?
Tori: Yes...do you have it?
André: Do you mean do I have it right here in this pocket?
Tori: Yes! Do you?
André: Nah, I'm just messing with you.

[After Tori spits out the counter cleanser at the mall]
André: It's her first time... eating cleanser.

Tori: Okay, I will pay you $1 if you take one of these disgusting berry balls.
[The boy takes the money and runs away]
Tori: Hey! We had a deal!!!

[Tori asking about the berry balls flavour]
Tori: And what flavour is that?
Mr. Moony: Green.

Click here to see the photo gallery for One Thousand Berry Balls. 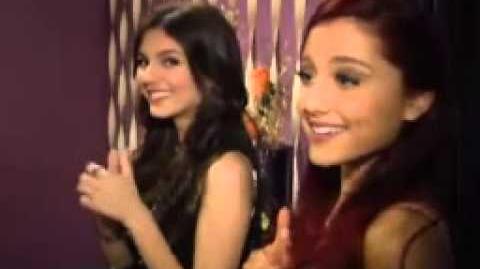 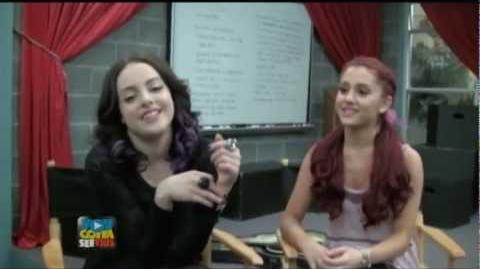 You Gotta See This - Victorious Behind The Scenes! 2012! HD! 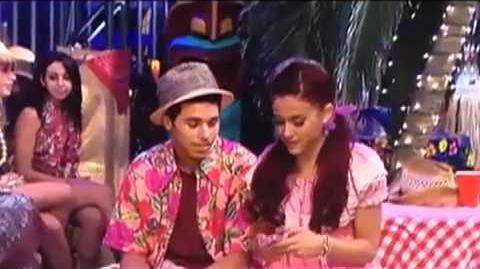 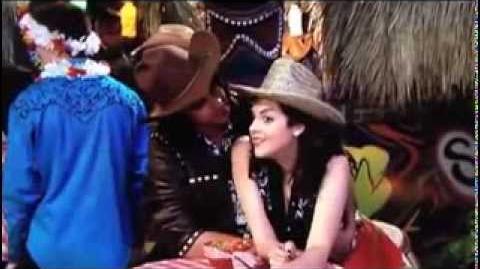 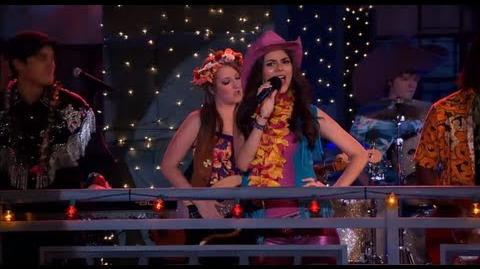 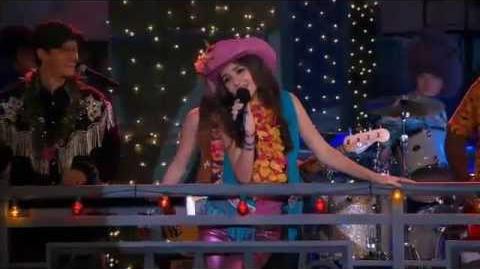 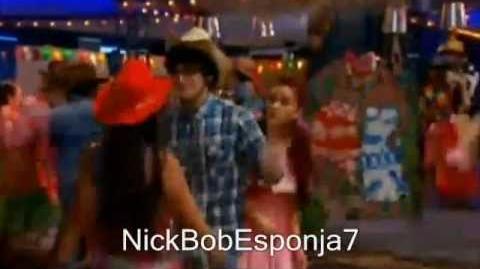 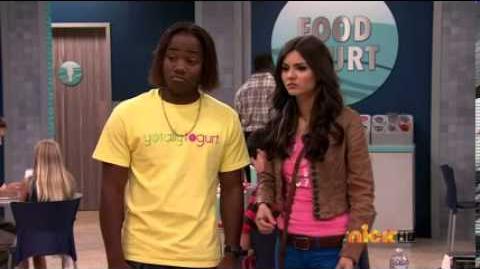 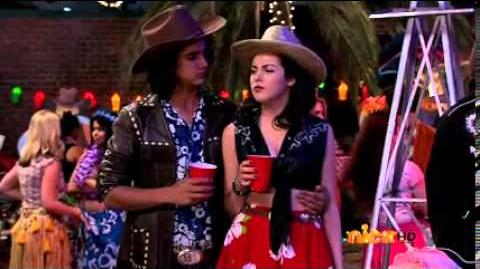 Reception for the episode was decidedly mixed. Many offered high praise to Here's 2 Us, but most, the Cabbie shippers in particular, were displeased at the highly abrupt ending to the episode and the lack of resolution to Cat and Robbie's relationship.