Monkey Woman is a song performed by Robbie Shapiro. It was performed on TheSlap, and he is backed by Trina Vega. The song begins as one of Robbie's goofy folk songs, in this case about his love for a monkey woman, which she interrupts off-screen. Evidently, Robbie's new muse is upset about being referred to in a song, and it leaves him despite his pleading. Suddenly, the mood of the song becomes one of heartbreak. Eventually we learn that the woman is Trina who appears on screen and makes the same monkey noises appearing to plead for forgiveness as his first and only verse ends.

Lying in this bed
Thinking of the words you said
Never forget you, monkey woman 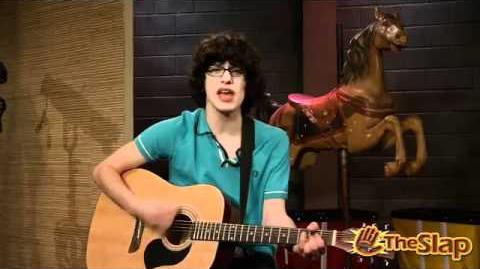