Melinda Murray is a stubborn, surly and extremely unpleasant actress who only appeared in Beck's Big Break. She is the main star of the movie, Miss Fire. Melinda fired Beck from the movie because Tori corrected her on a line, and she found out they were friends. Tori went back to the studio and begged Melinda to recast Beck. However, Melinda accidentally yelled the cue for a man to shoot an arrow and was shot in the hand. She was hospitalized and taken off the movie, which resulted in the whole cast and crew rejoicing and thanking Tori since they all hated her for her arrogance.

Before she met Melinda, Tori said that she was a huge fan of Melinda Murray. She has an ex-husband, as stated when she asked for someone to call him as she was taken to an ambulance. Her stunt double is a man.

She is portrayed by Ellen Hollman. 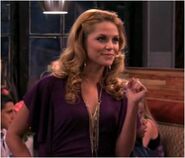 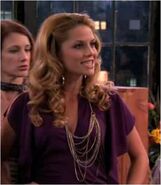 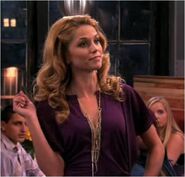