Five Fingaz to the Face

"5 Fingaz to the Face" is a rap song by the 90's one-hit-wonder rapper Dr. Rhapsody. Although the name and artist were revealed in Driving Tori Crazy, the first few lines were already sung by Cat and Trina in Tori the Zombie. The song was cut short then because Cat considered one line (Which was revealed to be "I'm a pirate and you're my booty" in the full version) to be "dirty" and refused to sing it. In context, this was Dr. Rhapsody's only hit. In real life this song is written by Micheal Corcoran, Eric Goldman, and Dan Schneider. Burf used this song for his PMA (Platinum Music Awards) Audition in Tori Goes Platinum.

A movie was being filmed around Tori's neighborhood and Tori is forced to ask her friends for rides due to her not having a driver's license. Thanks to Cat's coupon app, she is able to get a bus ride to school with her friends. The driver is revealed to be Dr. Rhapsody and lets them perform his song during the ride.

Cat and Trina: You know I flaunt ya
cause' girl I really want ya
Trina: And ya lookin' nice
Cat: Got me cooler than a bag of ice
Both: Now freeze, freeze, freeze
Now go, drop it fast and move it real slow, ho! What?!
Trina: You smell so fruity ... 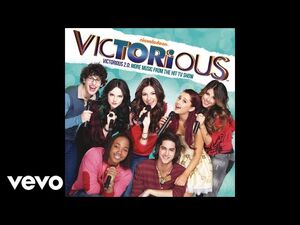 Listen to the song!
Community content is available under CC-BY-SA unless otherwise noted.
Advertisement