A popular film director named Dale Squires comes to Hollywood Arts to direct a short film. The gang and some other students at the school get the opportunity to direct a short film with Dale. They convert a one-act play Beck wrote into the script for the movie. Jade, Cat, and Beck act in the movie while Tori helps direct it and André edits it. They film the movie at Tori's house.

During the filming, Dale Squires does not do any of the work. He constantly shows up late and ignores everyone, simply playing with his laptop, snacking, and chatting on his phone. When the movie premieres, it is a big hit. The gang discovers that Dale takes all the credit. Tori goes and confronts him, but he doesn't care.

Meanwhile, Beck repairs Robbie's car. While Beck fixes the car, Robbie tries to impress girls who came over to watch Beck. However, it doesn't go too well, because one of the girls ends up spraying Robbie with a very powerful hose. Beck doesn't seem to have a problem with this because Robbie kept taking the credit for fixing the car. In the end, Robbie confessed that he was having fun fixing the car because it got him attention from girls. Beck explains that girls like guys with cars, and leaves to find "cheerleaders that need a ride." However, just as the cheerleaders come, some criminals hijack Robbie's car.

Tori: What kind of movie are we going to make?
Dale Squires: I was thinkin' maybe something intense and scary.

Rex: Like Jade?
Jade: (slaps Rex with notebook)
Robbie: You knocked him unconscious!

Robbie: Sorry I'm late, sweaty, and out of breath.
Rex: Get me some coffee.
Cat: Why are you late?
Robbie: My uncle gave me this old car which I was really psyched about but it keeps breaking down! On my way here the motor died in this really bad neighborhood. Don't get me wrong I like all people but look a mean guy took my left shoe and Rex's!

Dale Squires: [To Robbie] What happened to your shoe?
Robbie: It was taken by street toughs.

Robbie: There it is.
Beck: There "she" is.
Robbie: Oh, right. Cars are called "she."
Beck: Not just cars.
Robbie: Not just cars?
Beck: Also boats, airplanes…my uncle "Barbara."

Chris: Tori, can you make your sister leave?
Tori: Trina, stop embarrassing me or I'm gonna embarrass you.
Trina: Don't threaten me.
Tori: When Trina was six, our family went to the mall right before Christmas.
Trina: Don't say it!
Tori: And she peed!
Trina: TORI!
Tori: …on Santa Claus.
Trina: (Leaves with upset look on her face)
Chris: Thank you, Tori. Dale?
Dale: All right. What were we talking about?
Trina: (Comes back) In all fairness, I did have a bladder infection.
Tori: Go!

Cat: One time I ate a hamburger and I started sneezing... but I don't think it had anything to do with the hamburger.
Jade: Maybe your red hair dye seeps into your scalp and into your brain...
Cat: Can that happen?!

Trina: I made this picture of how Johnny Depp and I would look like....
Tori: On Santa Claus!
Trina: Bladder infection!
Chris: Out!

Robbie: (to Beck) Man, those jeans fit you great!

Ms Vega: Where's Trina?
Cat: Tori locked her in the bathroom.
Tori: Cat! You weren't supposed to tell her that!
Ms Vega: I'm okay with it.

Tori: What time is it?
Jade: I'm not your clock.
Beck: Almost 9.
Robbie: I need to be home and in bed by 10:30, can we please get started?
André: Without a director?
Tori: Yeah, where's Dale? He was supposed to be here at 7.
Cat: One time when I was 7 I was at the beach and I made a sandcastle and I called it Cat's castle...true story.

Tori: Beck.
Beck: Yeah.
Tori: Let me have you on the couch
Jade: Girl...
Tori: For the shot!
(glass shatters)
Crew Member: My bad!
Tori: You know, just yelling "my bad" doesn't make it okay!


Robbie: So what do you think's wrong with it?
Beck: Stuff.
Robbie: I knew it!


Jade: Monica. Monica! Do not die on me, wake up! I mean it! Wake up! Come on!
[Slaps Cat]
Cat: OW!
Tori: Cut!
Jade: What?
Tori: You're not supposed to hit her.
Jade: I felt like that's what my character waould do.
Cat: My face hurts!
Tori: Can we do that again without the physical assault?
Jade: Uh, you're not the director.
André: Our the director's over there playing with his laptop.

Jade: Check out the homepage on SplashFace.
Tori: Nah, I've already seen the lobster on a bicycle video.
André: Look up top.
Tori: Our movie's the number one featured video!
Jade: Two million views in one day.
André: And Dale Squires is taking all the credit.
Jade: And, he keeps deleting all my very creative negative comments!

Jade: Ugh, gross! Talk shows are for tourists and Canadians.
Tori: And, revenge—seekers.
André: Ah. So what's the plan?
Tori: I don't know. You're smart, she's mean; come up with something.

Dale: I gotta be honest.
Mac Murphy: So you're not going into politics?
Cat: (giggles) That was off the cuff!

Cat: She's so strong.
Andre: Dale gave us credit.
Jade: Even I feel bad.
Tori: We should do something.

Cat: Waffles?
Tori: I like waffles.
Jade: Waffles are good.
Andre: I know a place.
Tori: Off we go.

Kendra: HEY DALE, HOW COME YOU LIED TO ME?
Mac Murphy: Uh, ma'am?

Dale: I don't know you. I don't know her.
Kendra: YOU--YOU--YOU DON'T KNOW ME? THIS MAN TOOK ME TO A FISH RESTAURANT TWO WEEKS AGO AND TOLD ME HE LOVED ME, AND I HAVEN"T HEARD FROM HIM SINCE!!!!!
Dale: She's lying. You are a liar!
Kendra: LIAR?! OH NO THAT'S IT!!! I'M ABOUT TO OPEN UP A CLOUD AND RAIN ALL OVER YOU!!! [makes a siren sound and attacks Dale]

Click here to see the photo gallery for A Film by Dale Squires. 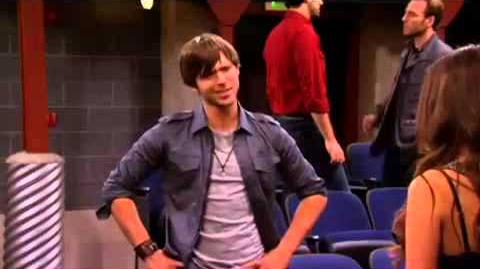